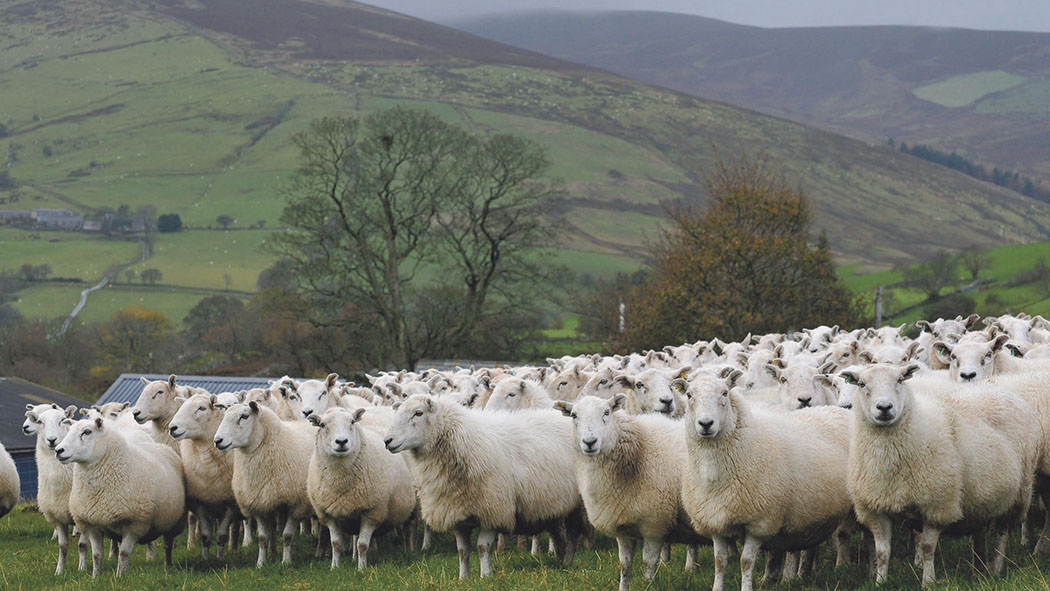 Denbighshire County Council will officially oppose the Welsh Government’s consultation into Welsh farming, titled Brexit and Our Land, because of concerns that the proposals would have a negative impact on the local economy.

The Plaid Cymru group on Denbighshire County Council put forward a motion calling for Denbighshire to “(oppose) the proposals until the Welsh Government produces a comprehensive and detailed assessment of the potential impact to jobs and the economy in Denbighshire”.

Councillor Mabon ap Gwynfor, Llandrillo/Cynwyd Ward, said: “This motion is to do with the funding of agriculture in Wales post-Brexit. The Welsh Government is consulting on the future of agriculture in Wales, with a paper called Brexit and our Land, and as part of that consultation it is proposing to get rid of basic payments, which many farmers here in Denbighshire rely on. Indeed 80% of livestock farmers in Wales depend on the basic payment.

“When the Welsh Government looked at changing funding regimes previously it produced detailed modelling of the potential impact on the economy. However this time the Government has provided no modelling of how its proposals will impact the economy, either locally or nationally. Farming continues to play an important role in our economy here in Denbighshire. For instance, in the Llanrhaeadr-yng-Nghinmeirch ward approximately 15% of the working population work within agriculture. These changes are likely to have a big impact on the economy, and we really need to know the potential impact before the Government goes ahead with any changes.

“I’m grateful to my fellow councillors across the parties for supporting this motion.”

Councillor Mark Young, Lower Denbigh, said: “The Cabinet Secretary has said that she does not know what the full impact of Brexit is likely to be so why, at the most unpredictable economic time for farming, has the Cabinet Secretary instructed a consultation on the most radical changes in the agricultural industry for over half a century, when we don’t know the cost of the divorce bill, we don’t know the vital trade links and how it will be affected by Brexit; we don’t even know what tariffs will be slapped on food; and we don’t know what regulations farmers will have to face? We also don’t know what will happen if Parliament rejects the deal, and we don’t even know what the development fund will look like after Brexit.

“This is a massive industry for Denbighshire, and across north Wales. Many businesses in Denbighshire benefit from this system as linked businesses and companies. This change will take millions of pounds out of the local economy, and will have a huge impact on the Welsh language. It will put Welsh farmers at a massive competitive disadvantage to the rest of the UK and Europe. It’s a poor and lazy document.”

Cllr Martyn Holland, Llanarmon-yn-Iâl / Llandegla Ward, said: “When Brexit hasn’t been signed off, when we don’t know what’s happening, why is the Welsh Government making decisions before they’ve seen the facts and the figures?”

The full debate can be seen here.

The Welsh Government’s Brexit and Our Land White Paper and subsequent  consultation;

This Council expresses concern that the Brexit and Our Land White Paper provides no modelling or assessments of how the proposed changes will impact on neither the local or the national economy.

This Council is concerned that the proposed changes could have a negative impact on the economy of Denbighshire.

This Council believes that no changes to farm payments should be introduced until thorough and detailed impact assessments are provided on the potential economic impact of their proposals.

This Council calls on the Cabinet Member with responsibility for the Economy to make representations in response to the Consultation opposing the proposals until the Welsh Government produce a comprehensive and detailed assessment of the potential impact to jobs and the economy in Denbighshire."