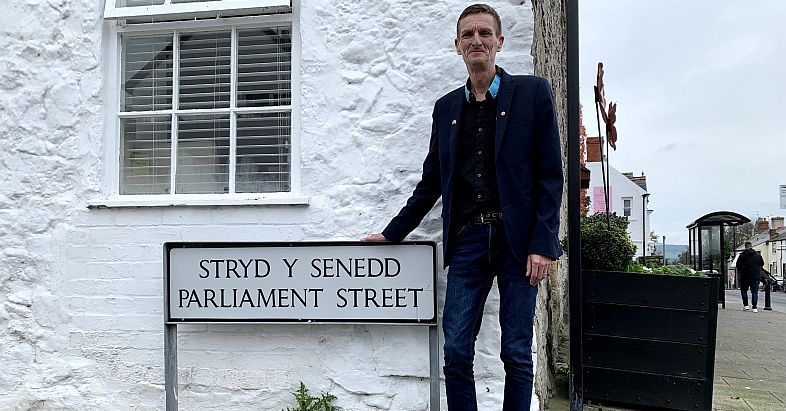 A Denbighshire County Councillor has been selected to stand for Plaid Cymru in the next Vale of Clwyd parliamentary election.

Glenn Swingler, who represents Upper Denbigh and Henllan, said he wants to “put Wales at the heart” of decisions on issues including child poverty, education funding, food banks and the homeless crisis.

The 56-year-old mental health support worker said the Conservatives, Labour Party and Liberal Democrats have “failed us for decades”.
He is expected to advocate Plaid Cymru’s call for Welsh independence during his campaign to unseat Labour Party MP Chris Ruane in the pending General Election.

In a statement declaring his candidacy, he said: “The Tories, Labour and Lib Dems have failed us. Westminster has failed us.
It’s time to redress the balance. Make Wales matter.
At the next general election vote Plaid Cymru - the party of Wales and make a new Wales and a better future.”

Mr Swingler describes himself as an “internationalist”, having lived in Spain for eight years after working in Rhyl as a bingo caller and in Denbigh as a postman. The dad-of-two and husband of 31 years returned to Denbigh where he has since lived with his wife for nearly 10 years. Though originally from Kent, Mr Swingler said: “It was clear we would always come home to the north of Wales.”

“I wasn’t born in Wales, but I definitely identify as Welsh.”

He has considerable local experience as a school governor of Ysgol Pendref primary school and vice chair of the Denbigh Youth project as well as being a Town Councillor.