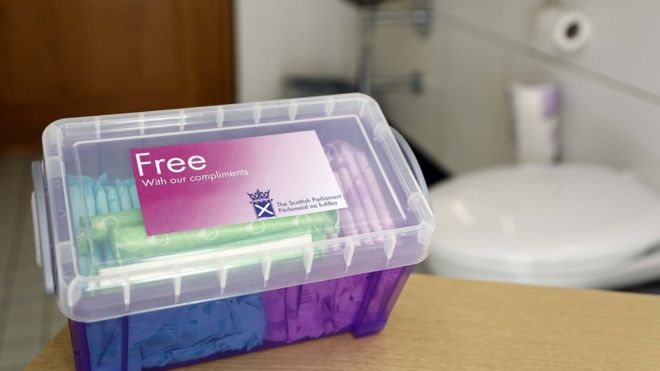 Denbighshire County Council has voted to consider providing free sanitary products to every young woman and girl in schools across the county, following a motion put forward by the Plaid Cymru group on the Council this week.

Plaid Cymru’s motion called for free sanitary products to every young woman and girl in Denbighshire Schools to be provided in a way that respects their dignity and independence.

Plaid Cymru said that a recent End Child Poverty report noted that, after housing costs, 27% of children in Denbighshire lived in poverty and over 3,000 girls and young women attended High Schools in the County. Many of these young women and girls were put in a position of having to choose between sanitary products and food, which, Cllr. Swingler said, was wrong and not their fault.

Cllr Glenn Swingler, Upper Denbigh and Henllan, who proposed the Period Poverty motion, said "It’s not right that young women are having to make do with unhygienic homemade sanitary products simply because they or their family can't afford them from a shop, and the discomfort and embarrassment that entails. This in turn impacts on their education, and I have no doubt that it leads in some cases to some young women failing to attend school because of their discomfort. It’s wrong that in twenty first century Wales young women should live in period poverty. We believe that Denbighshire County Council should ensure that every young girl has access to free sanitary products in our schools in a way which respects their dignity”.

Councillors expressed a clear support to the principal of the motion, including the Education portfolio holder, Cllr. Huw Hilditch-Roberts. However the final decision rests with the Council’s Cabinet. The Council therefore agreed that Officers should bring detailed figures to the Cabinet within four months in order for the Cabinet to make a final decision.