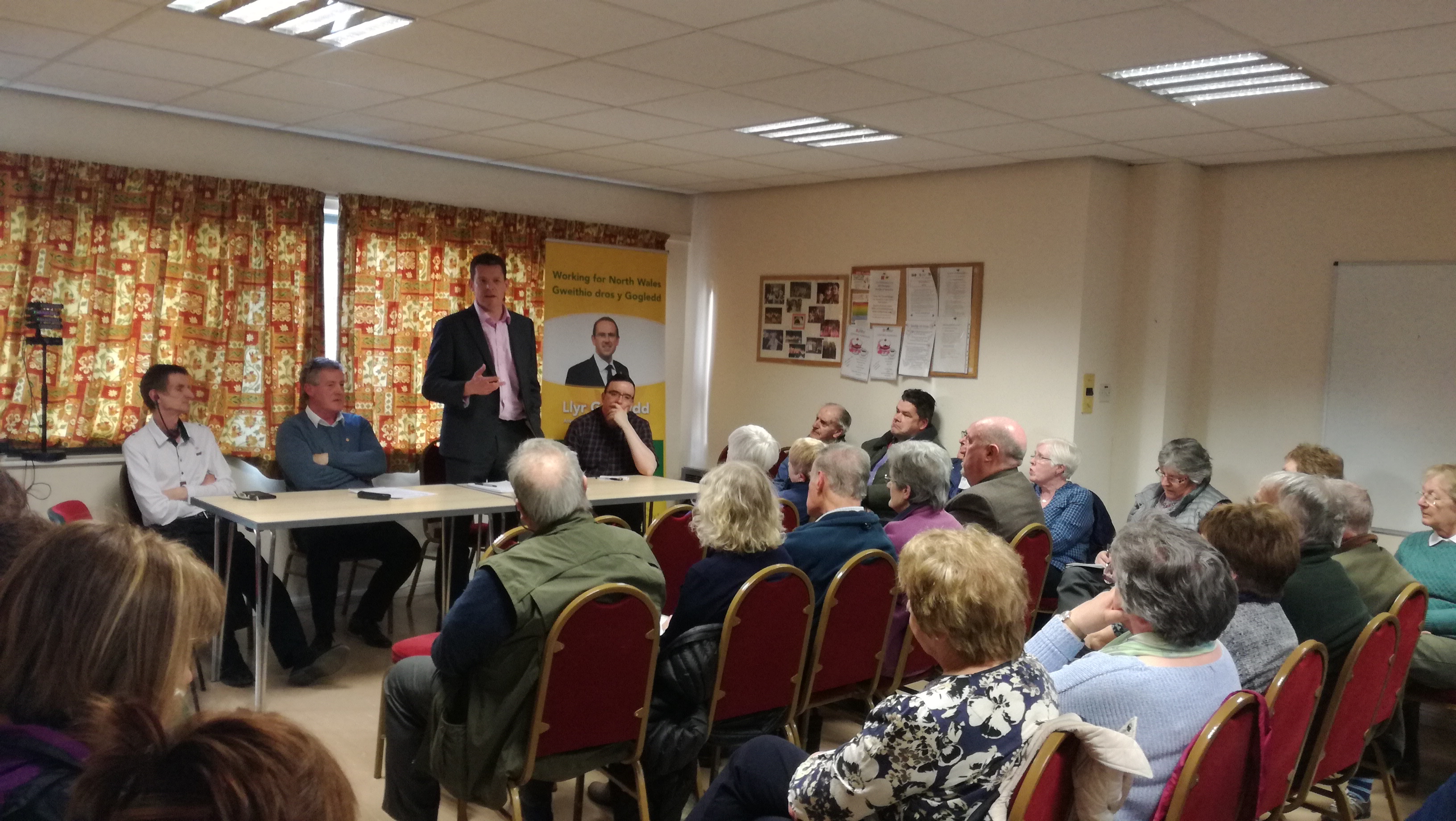 Public support for Denbigh Infirmary as fears raised over its future

Fears for the future of Denbigh Infirmary were raised as more than 100 people attended a meeting to discuss health concerns in the town and wider Denbighshire area on Thursday.

The community hospital has seen the closure of 10 beds and local councillor Rhys Thomas raised concerns that this was creating uncertainty among staff, which could undermine the future of the Infirmary.

It was standing room only at Eirianfa Centre, Denbigh, on Thursday as people came in their droves to a Plaid Cymru – The Party Of Wales open meeting discussing the future of Denbigh Infirmary and community health services in Denbighshire.

Betsi Cadwaladr Health Board announced earlier this year that they were temporarily closing 10 beds at the Denbigh Infirmary following concerns about fire safety. The Board were due to publish a report on actions that they were intending to take this month, but the publication has been delayed.

Rhun ap Iorwerth AM said: “Community hospitals are a crucial part of the delivery of our health services and must be retained and developed if we are to best serve the people of north Wales. We have fewer GPs in Wales today than at any point over the last ten years, with a third of GPs also reaching retirement age. We’re also seeing huge pressures on our District General Hospitals with far too many people staying in our large hospitals because of a lack of community beds and services. We can’t afford to lose any more community beds. Plaid Cymru believes that we need to invest in our community health services, ensuring that we have enough beds and nurses to meet demand, and that failing to do so costs the NHS more in the long run.”

Fears were raised that some nursing staff had already left the hospital as a result of the uncertainty caused by the temporary closure of the 10 beds.

Cllr Elfed Williams, of Llanrhaeadr, said: “It’s clear that we need to keep the current number of community beds which serves the people of these communities well. The number of people who attended our meeting is testament to the support that there is to our community hospitals.  The Health Board closed four community hospitals across north Wales some years ago, which has proved to be a disastrous policy. We can’t afford to lose any more community beds. Following this meeting we are in a position to give strong representation to the Health Board arguing the need to retain and strengthen community health services in Denbigh, Ruthin and beyond.”

Plaid Cymru representatives will now contact the Health Board to express the views of the meeting.