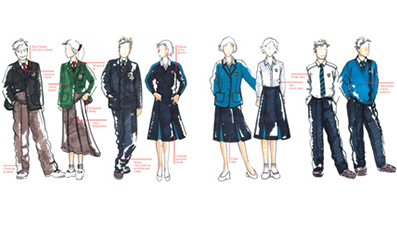 “I am pleased to see the Welsh Government u-turn on its awful decision to scrap the school uniform grant. which had originally caused worry and concern for families and left local authorities having to scrape budgets together to cover the shortfall.

“This is a belated but welcome response to the powerful case made by Plaid Cymru - particularly in regards to the enhanced nature of the replacement scheme. But why was this not in place before the original decision to scrap its predecessor?

“We can only conclude that Plaid Cymru’s campaign and our recent debate in the National Assembly highlighted the folly of leaving these most disadvantaged families high and dry, and stung the Cabinet Secretary into action. This is better late than never but how did this government get this so badly wrong in the first place?”

Plaid Cymru’s Cllr. Huw Jones said: “I’m glad that the Welsh Government have changed their minds on this issue. Hundreds of the poorest families across Denbighshire were concerned that they wouldn’t be able to afford new uniforms for their children. It was a great cause of concern and stress for many people. It was a callous decision by the Government to scrap the grant originally, but this news that it will be reinstated, albeit in a different form, is to be welcomed.”

Cllr. Jones put forward a motion to Denbighshire County council last month criticising the original decision by the Government to scrap the grant, and calling on the Council to express its disappointment and to seek urgent clarification on the Government's plans. The amended motion passed unanimously.